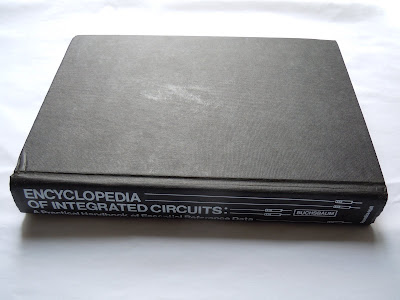 Background.
I was excited when the 555 contest was announced to recognize the most used Integrated Circuit ever.

After considering for a while what I could do for the competition, I started thinking about how best to celebrate the 40 years that the device has been around and the 10s of billions produced.

I have often admired home built computers that use discrete components so I though, I will make a 555!

It may not strictly conform to the competition rules, but I thought it would be fun and original anyway.

Initial Research.
I downloaded a few 555 datasheets from various manufactures only to find that the circuits often have subtle differences. Eventually after some Googling I located a scanned copy of the original Signetics datasheet from dapj Circuits, Including the Equivalent Circuit below.

After inspecting the circuit, I noticed Q19 is rather unusual and has 2 collectors. How can I implement this using discrete components? I decided to simulate the circuit using the brilliant and free Java app from falstad.com to make sure it worked and to quickly experiment with different arrangements for Q19. 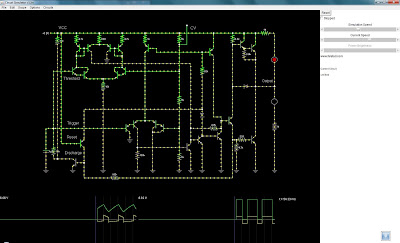 This is the simulation. You can run the simulation yourself by clicking the link .
Arranging the resistor on the base of Q19 as in the simulation works perfectly. If I used 2 transistors to replicate the original Q19 design, the circuit did not oscillate.

Construction
In order to simply construct the circuit to show its operation and at the same time preserve the original authenticity, I photocopied and enlarged the Philips schematic, glued it to some card and inserted the components through the card and used point to point wiring on the rear of the card. 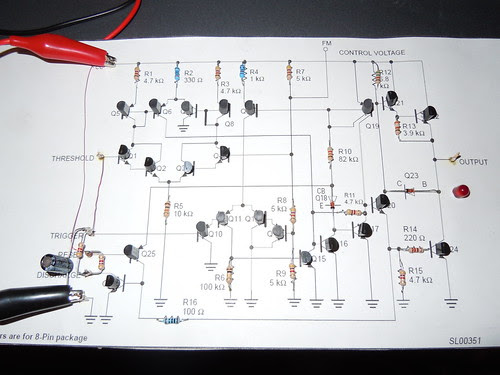 Component side of card. 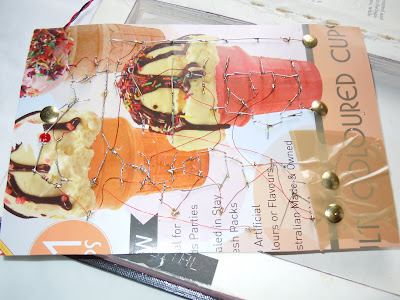 Rear of card using soldered point to point wiring. Drawing pins are used to secure the input and output pins. Much ice cream was consumed during the construction of this project.

A pin was used to poke holes in the card to insert the components. This was a surprisingly quick method of building the circuit. For prototypes of simple circuits I may use this technique again.

the only thing I might do differently is to paste a reverse image of the circuit onto the wiring side of the card in order to avoid wiring errors.

Testing
In order to test it works, I attached an LED to the output and suitable timing components, Ra, Rb and C to give an approximate 1Hz flash rate.

the final testing can be seen in the this video.

Making it presentable
The final thing to do is to make the project presentable. I decided the inside of an old data book would be appropriate. I found a copy of a suitable book on the 'free' table of my local ham radio club, the Manly Warringah Radio Society.
This was the first time I have used a book as an enclosure. It works well if you are not in a hurry, which I wasn't. I followed the guide by Bre Pettis from Make Magazine. (Cool guy who I had the pleasure of meeting at a Maker Faire in Austin, Tx.)

One half of the book was cut to accommodate the circuit, while the other half was to house a battery, the 555 timer data sheet and memorabilia. 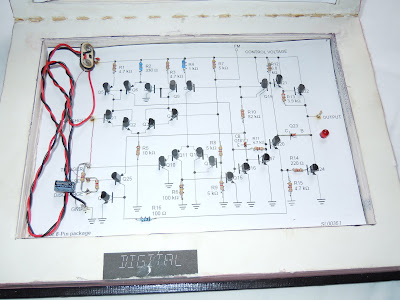 Right hand side of book contains the circuit 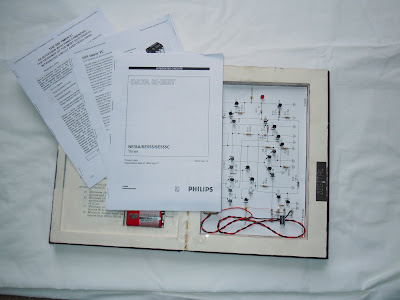 The left hand side of the book contains A5 printed copies of the Philips data sheet, The 555 Timer Wikipedia page and finally an interview with the 555 inventor Hans R. Camenzind.

The finished project closes nicely into the book for safe keeping.

I only have one word: Cool!

that dual collector transistor is a current mirror dude ;)